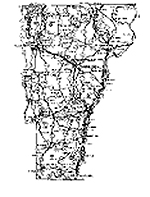 The mission of VINN is to promote international involvement and understanding throughout the state of Vermont. VINN develops support for and public awareness of Vermont-based global civil society activities.

Vermont’s International Involvement
As one of the smallest and least populated states, Vermont occupies a unique position as an image-maker for the United States. Our varied landscape, human scaled communities, trend setting businesses, and international reputation for being progressive and independent attract foreign attention. These same characteristics nurture and attract international organizations that use Vermont as an operational base that models a sustainable lifestyle for the rest of the world. By being engaged with communities around the world, Vermont's international nonprofit organizations serve as a bridge between local and global activities.

The Purposes and Role of VINN

Many Vermonters are interested in global issues. These include global warming, health issues, population growth, refugee assistance, environmental protection, national security and its connection with international relations, exchange and educational programs, and opportunities for volunteering that promote international understanding and respect for diverse cultures. Internationally focused NGOs (Non-Governmental, Nonprofit Organizations) are a significant part of the nonprofit sector in Vermont, and are widely dispersed throughout the state. VINN participants represent a variety of internationally active Vermont-based NGOs, and work together in order to:

VINN meetings are usually held quarterly. (We took a break during 2007, and are resuming in September 2008.) Any organization which is interested is encouraged to contact Carolyn Schmidt from ECOLOGIA for additional information: cschmidt@ecologia.org

Minutes of Past Meetings

VINN congratulates the recipients of its Global Citizen Group Awards:


The awards ceremony and celebration was held on Sunday June 18, 2006 at the Champlain College Alumni Auditorium, Burlington. Each group inspired and entertained the audience with performances and explanations of their unique style of global and personal connections. Many thanks to all.

VINN presented its first individual "Global Citizen Awards" to Matthew Messier of Burlington (adult), and Michaela Powers (youth). The Global Citizen Awards honor Vermonters who volunteer their particular talents for the betterment of the global community, and who involve and inform other Vermonters in their activities. Congratulations to Matthew and Michaela. The awards were presented by former Governor of Vermont Madeleine Kunin, and VINN representative Randy Kritkausky, on Wednesday October 5, 2005 at St. Michael's College, Colchester.